COVID-19 has hit the U.S. auto industry hard, but the most precarious companies might be the handful of electric auto startups on the cusp of key vehicle launches.

Rivian, Lordstown Motors, Lucid, Bollinger Motors, Faraday Future, and Fisker are leading a historic wave of startups that, inspired by the success of Silicon Valley’s Tesla, see a new future of battery-powered sedans and trucks. But with their first products in the pipeline, the coronavirus threatens the capital flows and customer base they need to survive.

(Rows and rows of robots have been removed from the assembly lines and stored inside the idle plant.)

“We keep engineering but the big, big dollars you spend … we are holding on until funding is clear,” said Lordstown Motors CEO Steve Burns, who is converting General Motors Co.’s former Lordstown, Ohio, plant to manufacture electric pickups. “We don’t want to start something and not be able to finish it.”

No one has been laid off, but Burns has stopped hiring for now. 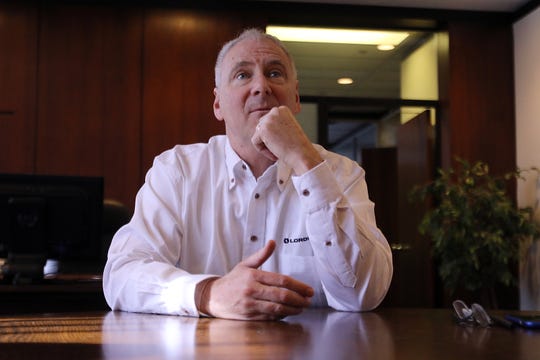 (Lordstown Motors CEO Steve Burns looks forward to the future of the plant.)

Most of the establishment industry’s assembly plants are idled; line workers are mostly sitting at home as their salaried counterparts continue to work remotely; and hundreds of dealerships have been severely impacted. J.D. Power estimates sales might be off 80% in April.

“It’s going to be tough for established companies to survive this,” said Navigant Research auto analyst Sam Abuelsamid. “For any startup that is still going to be relying on raising more capital, this is going to be an extraordinarily difficult environment to do that.”

Business models vary widely. Lucid, Faraday Motors and Fisker are focused, like Tesla, on retail sales with luxury, battery-powered products. As affluent buyers see their investment accounts swoon, they might put off disposable income purchases. Truckmakers like Rivian, Bollinger, and Lordstown, on the other hand, can bank commercial orders in addition to retail sales. Those fleet customers could put them in a more secure position.

“Fleets are much steadier, and if one thing has been proven during this [it’s] we still need fleets to do their jobs,” Lordstown’s Burns said in an interview. The Midwest has attracted three high-profile startups: Rivian, Bollinger, and Lordstown.

Pickup trucks have been a hot startup market as EVs seek to remake trucks with better storage room and torque. Plymouth-based Rivian captured the public’s imagination at the 2018 Los Angeles Auto Show — and millions in investment dollars from Amazon.com Inc.’s investment arm and Ford Motor Co.

“The world has changed a lot in these last few weeks,” wrote a determined Rivian to customers recently. “We’ve shut down all facilities to protect our team and to help slow the spread of COVID-19. While this situation has required us to redefine workflows and rethink the ways we collaborate, it hasn’t stopped us from making progress.”

Like establishment automakers, Rivian says the COVID-induced slowdown will impact its product timing. Rivian’s planned delivery of its $69,000-plus R1T pickup this fall has been moved back to 2021 due to the shutdown of its Normal, Illinois, plant.

Tesla, too, was ramping up production of its signature Model S sedan in Fremont, California, in 2008 when the Great Recession hit and capital markets dried up. Tesla required a $465 million loan from the federal government to survive.

Analyst Abuelsamid said he is confident Rivian will survive the pandemic: “They raised over $3 billion. Not only have they raised the money but they were really smart in offering up their platform to partner with other companies.”

Rivian has made its platform available to use for delivery vans and to Ford to make electric Lincolns. “That is going to give them a bunch of extra volume to generate some scale and help reduce their costs and improve their margin,” he said.

Bollinger Motors started on founder Robert Bollinger’s upstate New York farm as the successful cosmetics marketing entrepreneur sought to find an electric truck solution to his work needs. But as his product matured, Bollinger realized he had to move to Michigan — a decision that is paying dividends now.

“When it came time to engineer to the point of production, there were so many engineers needed,” he said in an interview. “The team moved out here — just a handful of us — and we hired 30 people. We are a Michigan company now. It’s so easy to just get in a car and go to a Tier One (supplier) for a meeting.”

Suppliers are shut down, as is Bollinger’s Ferndale plant, so the CEO expects some delays with plans to deliver the brand’s first luxury B1 SUVs and B2 pickups next year. But since initial financing has come out of Bollinger’s own pocket, work has been uninterrupted.

Though some buyers have asked for returns on their deposits for the $125,000-plus EVs, Bollinger says that 70% of the first year’s production run is filled. The shutdown has enabled the company to process data from winter track and outdoor testing as well as solidify its dealer network. The innovative B2 pickup — which can load long cargo through the truck from bumper-to-bumper since batteries are located in the floor — will be sold through independent dealers in Detroit, New York, Miami, Los Angeles, San Francisco and Dallas.

Bollinger plans big news in the next month about its third-party production partner.

“Instead of us trying to figure out manufacturing … and have a huge learning curve, we’re going with someone who has been building trucks for decades,” Bollinger said. “We are crazy excited because it’s the best partner we could use for this.” 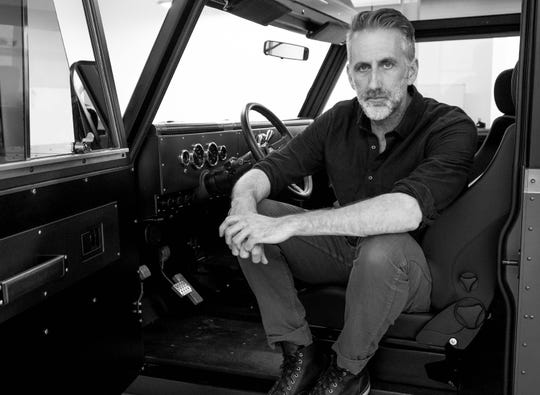 Lordstown Motors CEO Burns bears the twin burden of meeting orders — and of saving a town. The EV pickup maker has the hopes of Lordstown, Ohio, riding on its shoulders after GM abandoned production of the Chevrolet Cruze compact sedan and threw the northeast Ohio community’s future into doubt.

Now with the entire U.S. economy on edge, Burns says production of the Endurance pickup will likely not start until January 2021, a month later than originally slated. COVID-19 has delayed funding as well as prevented the startup from making modifications to the 6.2 million-square-foot plant.

“Orders are still coming in. That’s the one thing that hasn’t stopped,” Burns said. Akron-based FirstEnergy utility company has pre-ordered 250 trucks. Lordstown plans to produce 20,000 units in its first year with plant capacity to produce more than 400,000. The automaker has also received a letter of intent from Innervations, a Florida-based company specializing in fast DC and Level II EV chargers, to broker 1,000 Lordstown Endurances to their clients to convert their company fleets to electric vehicles.

Lordstown Motors recently posted a video of its Endurance truck in action. It uses a four-wheel-drive hub-motor system that reduces the number of moving parts in order to slash the lifetime vehicle service cost to commercial fleets.

A planned unveiling of the Endurance at the Detroit Auto Show in June — now canceled — will likely take place in Lordstown instead.

When he started Lordstown, Burns didn’t think if his business model was crisis proof. “We just did it because it was a market we knew and we thought it was attractive … if something is attractive to a fleet in good times, it’s probably just as attractive in tough times,” he said.

Perhaps the most Tesla-like startup is Lucid, which introduced its gorgeous Air prototype sedan at the New York Auto Show in 2017. CEO Peter Rawlinson and his San Francisco-based team have since secured financing for a production facility in Phoenix, Arizona — though work on the facility has stalled under the Arizona’s shelter-in-place order.

Rawlinson, vice president of engineering at Tesla before joining Lucid in 2013, is optimistic.

“The relationships with Lucid’s investment partners remains strong in the current business environment,” Rawlinson said in a statement, noting the plant’s machinery and tooling were well underway before COVID-19 struck. “Lucid is in a sound financial position, and has the financing needed to take it to start of production for the Lucid Air.”

Before the coronavirus pandemic, Lucid’s workforce had grown to more than 1,000 employees and the CEO says the brand is using the crisis’s social distancing challenges “to optimize connectivity and remote-work communication across the organization, including a range of disciplines from CAD computer design to CAE analysis and software coding.”

EV-maker Faraday Future has been a cat with nine lives since its 2014 founding — promising everything from supercars to crossovers. The China-financed startup is in the midst of transforming its Hanford, California, factory to vehicle manufacturing.

Fisker, a contemporary of Tesla found by legendary Aston Martin designer Henrik Fisker, showed off its latest Ocean electric SUV in January, with a plan to deliver its first vehicles to customers in late 2021.

“In general for the EV market it’s going to be challenging going into 2021 and even 2022,” Navigant’s Abuelsamid said. “We are going to be in probably a very deep recession in the second half of this year.”