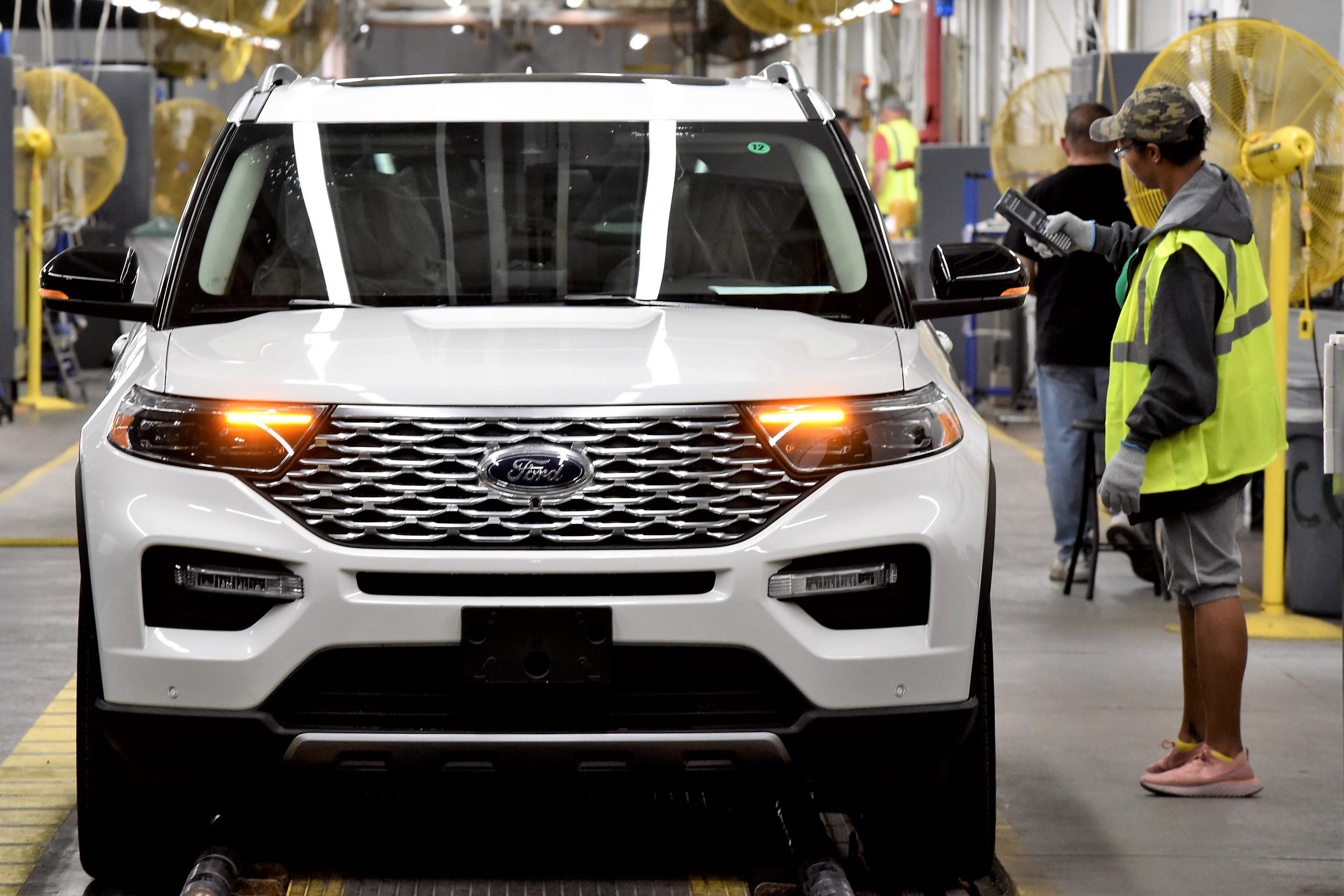 A Ford Motor employee inspects the all-new 2020 Ford Explorer before it rolls of the line to ensure quality for our customers.

Ford Motor closed and then reopened its Chicago Assembly plant twice in less than 24 hours after two workers tested positive for Covid-19, the company confirmed Wednesday.

The brief closures on separate shifts Tuesday are the first-known types of incidents since Detroit automakers started reopening their large North American assembly plants on Monday. The plants were shuttered in March in an attempt to protect workers and lower the spread of the disease.

Ford also shut down its Dearborn Truck plant in Michigan on Wednesday after an employee there tested positive for Covid-19, the company confirmed later in the day.

Ford, in an emailed statement, said the infected workers are being asked to self-quarantine for 14 days. Their work areas also were deep cleaned and disinfected, according to the company.

“The safety of our workforce is our top priority,” Ford said regar. “When two employees who returned to work this week tested positive for Covid-19, we immediately notified people known to have been in close contact with the infected individuals and asked them to self-quarantine for 14 days.”

Ford said the employees did not contract the disease while at work, citing the incubation time of the disease.

The plant was shut down twice Tuesday on different shifts and reopened Wednesday. It is currently operating with two shifts of workers.

Automakers, including Ford, have implemented stringent protocols to assist in lowering the spread of the disease as well as protocols such as prework questionnaires and temperature screenings to identify those who may be at higher risk of contracting Covid-19.

Ford and the United Auto Workers union, which represents workers for the Detroit automakers, declined to comment on specific details of the infected workers.

“The UAW is aggressively looking at and monitoring the process and the protocols and how they’re being implemented across the country,” UAW spokesman Brian Rothenberg told CNBC. “Our first priority is the health and safety of our members, their families and their communities.”