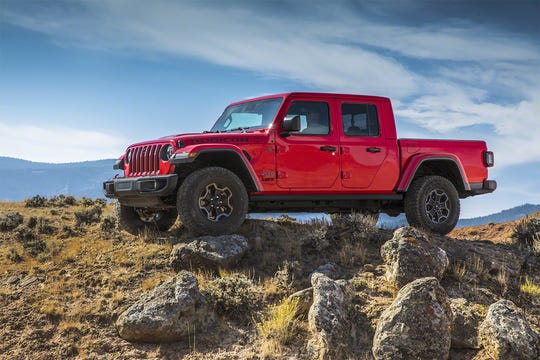 (Sales were down across all brands for Fiat Chrysler in the second quarter of the year, but there was a lone bright spot, the Jeep Gladiator.)

Fiat Chrysler Automobiles released its second-quarter sales for 2020 on Wednesday and as expected, the results — down 39% compared to the same period last year — were dismal as the impact of the coronavirus pandemic took hold.

The auto industry shut down manufacturing for much of the quarter, which could have limited some availability of popular vehicles. Showrooms also were shuttered under stay-home orders.

The results are likely to carry across the industry as other companies release their sales numbers, including General Motors later Wednesday and Ford on Thursday.

The 39% drop compared with April, May and June 2019 meant 367,086 vehicles sold, down from 597,685. The carnage was felt across all brands and every model except one, with the lone bright spot being the Jeep Gladiator. The Gladiator, however, was a new model last year and was still ramping up so the results are not a good gauge.

Even Ram pickups, which have powered the company’s profits in recent quarters, saw a steep decline, off 35%.

The brands all slipped. Jeep was down 27%; Ram dropped 35%; Chrysler fell 58%; Dodge fell 63%; Fiat was off 54% and Alfa Romeo declined 21%. The company did not release its sales figures for Maserati.

The company noted that fleet sales were down as customers reduced or delayed orders, but said that retail was stronger than expected by the end of the quarter.

“This quarter demonstrated the resilience of the U.S. consumer,”  said Jeff Kommor, FCA’s head of U.S. sales, in a news release. “Retail sales have been rebounding since April as the reopening of the economy, steady gas prices, and access to low interest loans spur people to buy. Our fleet volume remained low during the quarter as we prioritized vehicle deliveries to retail customers. As a result, we have built a strong fleet order book which we will fulfill over the coming months.”