Skip to content
Rivian raises $2.5 billion in aggressive plan to beat Tesla and Nikola with the first all-electric pickup 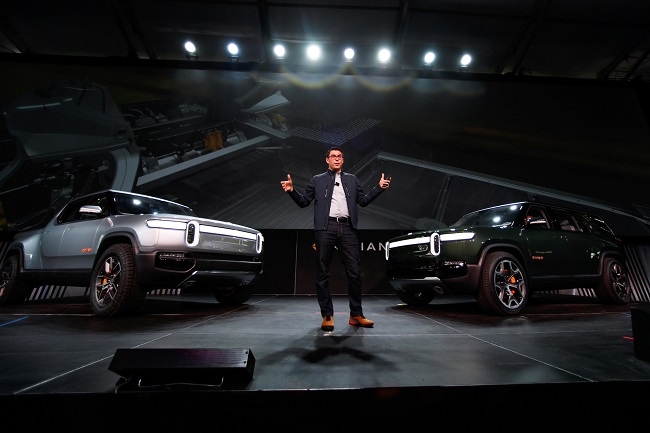 The CEO and founder is used to other companies – from startup Nikola, Tesla and its Cybertruck, General Motors and Ford Motor – stealing the limelight with their plans for all-electric pickups. Rivian is expected to be among the first, if not the first, to bring an all-electric pickup to market early- to mid- next year – months, potentially years, ahead of its competitors.

“We’re focused on making sure that we deliver,” Scaringe told CNBC before the company announced its newest round of funding Friday. “We really value active humility and letting our actions speak louder than our words.”

Although Rivian hasn’t received as much attention as Tesla and Scaringe’s Twitter account remains unverified, the 37-year-old has worked methodically over the past decade to grow the private company into what might be the first auto startup since Tesla to mass-produce all-electric vehicles.

Scaringe said in a June interview that Rivian has no plans of going public for the foreseeable future but it’s “open” to additional financing to help support its “aggressive growth plans.”

“We’re in a position where we’re well-capitalized to launch the products but we are rapidly expanding and growing and accelerating some of our future products,” he said. “We’re seeing demand being significantly higher than what we initially anticipated, which is leading us to capacitive for higher levels of volume.”

Rivian, according to Scaringe, remains “very selective” regarding any potential future financing partners.

The company has raised about $6 billion in funding so far. Rivian closed on a $1.3 billion funding round in December and had raised at least $2.2 billion before that, Reuters reported at the time, citing data from Pitchbook.

In June, CNBC obtained correspondence regarding a funding round for Rivian, saying the company was raising at least $2 billion with a pre-money valuation at or above $8 billion. At the time, Rivian denied they were raising money.

Rivian’s all-electric product plans, which were delayed several months due to the coronavirus pandemic, include the R1T pickup, R1S SUV as well as a line of vans, which Amazon pre-ordered 100,000 of last year for its delivery fleet over the next decade.

The all-electric pickup and SUV are expected to launch early next year, while Amazon expects to have 10,000 of the vans in its fleet by 2022. Rivian has said the pickup and SUV, which debuted in late 2018, will achieve a driving range on a single charge of more than 400 miles – in-line with Tesla’s top Model S Long Range Plus. 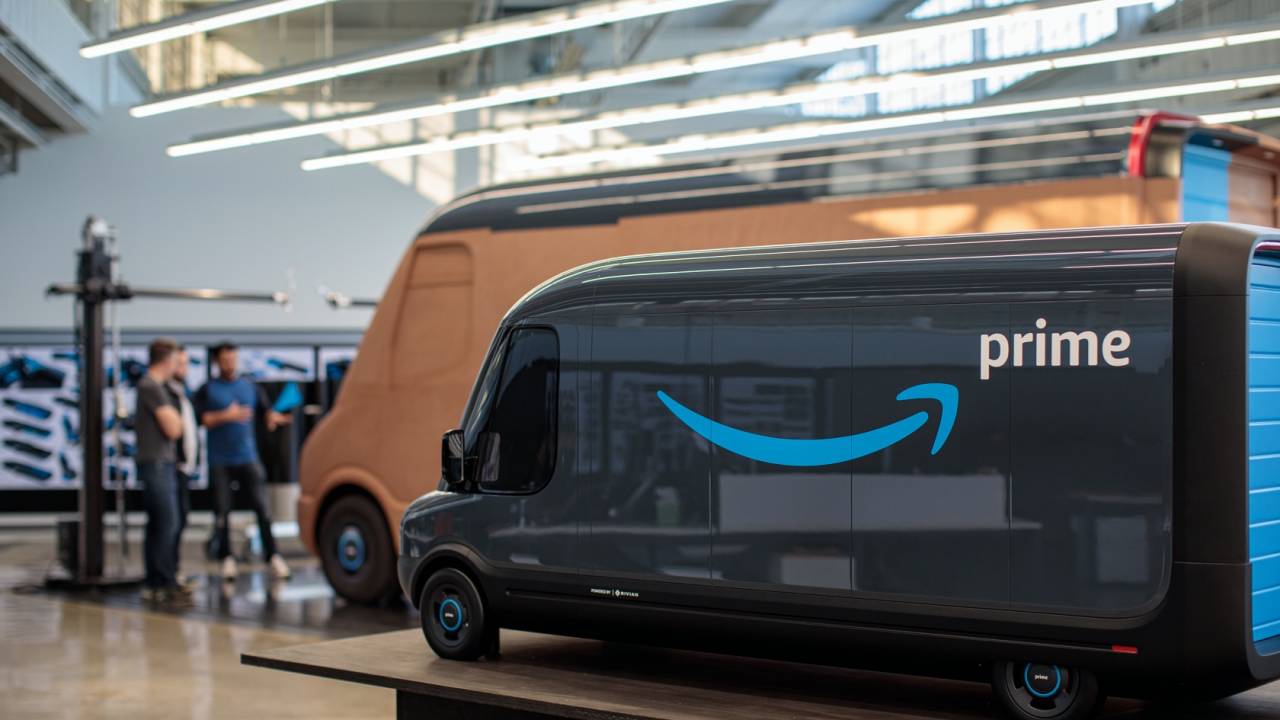 Rivian will produce the vehicles at a former Mitsubishi Motors plant in Normal, Illinois, which was purchased for $16 million in 2017. The company is spending more than $750 million to equip, renovate and expand the facility ahead of production.

The fact that Rivian already has the 2.6 million-square-foot plant, including a paint shop that’s nearing completion, puts it ahead of others such as Nikola and Tesla, which has yet determine a location for production of its Cybertruck.

“Clearly, we believe in the company and we think he has a great opportunity to succeed,” Sandy Schwartz, CEO of Cox Automotive, told CNBC after his company invested $350 million in Rivian in September.  “We thought this was really a good fit for us and for them.”

That’s not to say Rivian doesn’t have its challenges. Producing a vehicle is extremely complex. And even once production has started, Tesla has dominated the all-electric vehicle market with its cult fan base waiting months, if not years, for its vehicles.

But for now, the company is viewed as a frontrunner for all-electric utility vehicles, including the “vote of confidence” from Amazon, according to Sam Abuelsamid, principal research analyst at Navigant and an engineer. 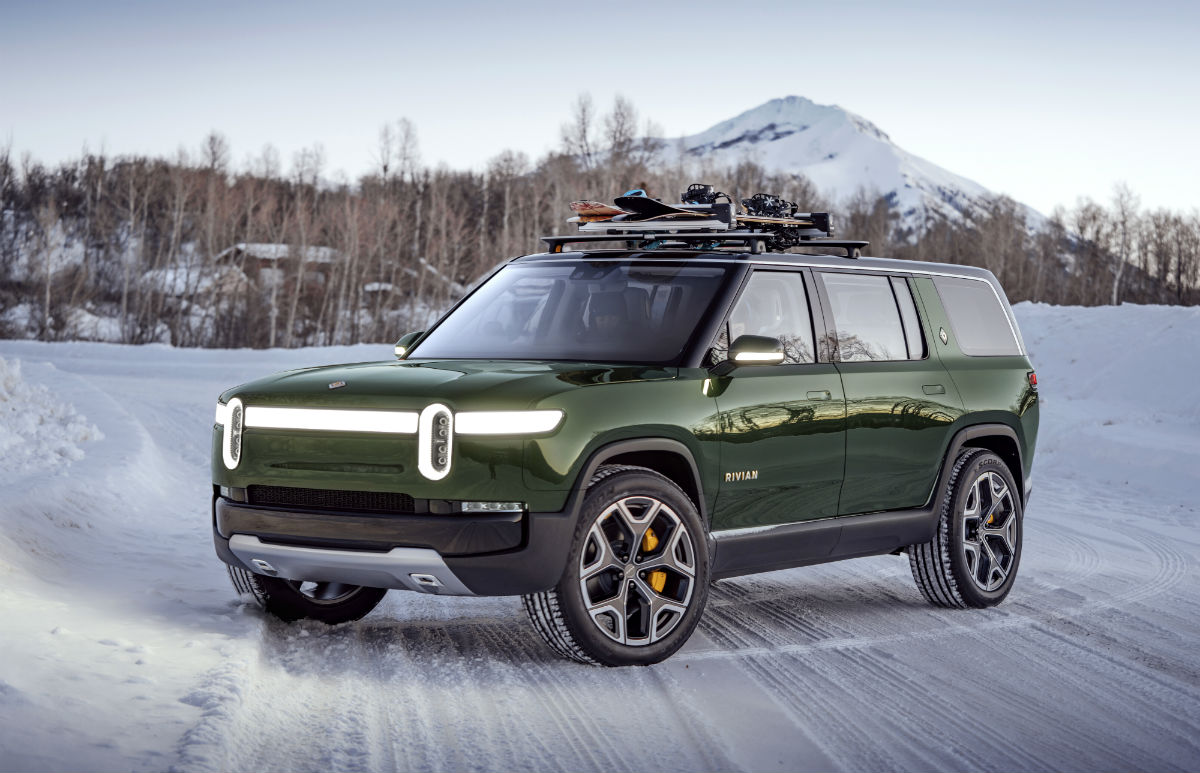 Rivian is taking pre-orders for its all-electric pickup and SUV that include $1,000 refundable deposits. The company declined to discuss how many reservations it has taken other than saying it’s “happy with our reservation numbers and are confident in demand.”

Rivian, like Tesla, plans to sell its vehicles directly to consumers, bypassing franchised dealers that are used by “traditional” automakers such as GM and Ford.

Last weekend, we grabbed our cameras and chased a few engineers around the desert as they put the R1T through its paces. Rock crawling. Off-roading. On-track. (Test vehicle shown in camouflage — we didn’t change our headlights! Testing on a closed course and in designated areas.) pic.twitter.com/q5to5lnRQW

Scaringe said Rivian, which was founded in 2009, has no plans at this time of going public. He said Nikola going public through a reverse merger with VectoIQ hasn’t had “any material impact” on the company or its plans.

“For us, we’re so focused on launching products. Priorities one, two and three are launch the products,” he said. “We’re not planning or thinking about exit events, liquidity events at this point. We have access to private capital, which allows us to focus on execution.”

Staying private speaks to Scaringe himself. The father of three boys has spent a decade under the radar as he meticulously planned the company’s strategy. That included shifting from an all-electric sports car to utility vehicles in the early 2010s.

Scaringe, who lives in Southern California, is known as a driven, level-headed planner who worries over the slightest detail —almost to a fault — as he attempts to achieve his vision, according to several people who have worked with him. He lets his actions speak louder than his words … or tweets.

“One of these doesn’t look like the other. Rivian, they’ve been very quiet about it. They’ve been very different about than either Tesla or Nikola,” said David Kudla, CEO and chief investment strategist of Mainstay Capital Management in Grand Blanc, Michigan. “If you look at those three right now, my money is on Rivian in terms of who will execute.”

Kudla, who closely follows the automotive industry, believes Rivian would do “incredibly well” if or when it does go public. 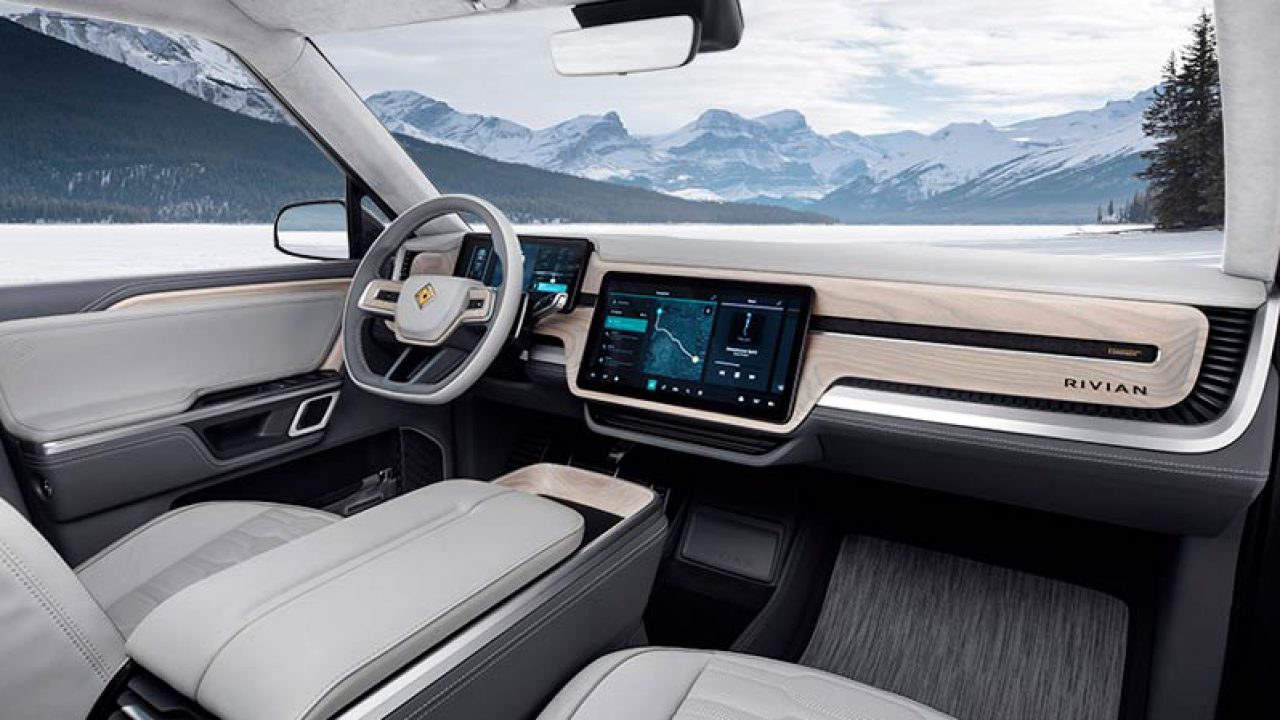 Rivian has grown its employees from 700 in 2018 to 2,400 people today. They’ve attracted a diverse group of executives from the Detroit automakers, Tesla and Harley-Davidson, among others.

Rivian has lost some top executives, including James Morgan, a veteran of Ford, as chief operating officer, and ex-chief technology officer Mike Bell, a former executive with Apple and Intel, among others.

Rivian also is in the midst of rebalancing its employees, including some layoffs earlier this year. It’s also shifting some of its engineering and product development staff from suburban Detroit to its battery systems and vehicle dynamics operations in Irvine, California.

“This is not easy, you need thousands of engineers working on the technical aspects, you need a production system that takes years to build and to launch, and you need commercial retail and service infrastructure,” Scaringe said. “We’re completely focused on getting all those pieces built.”