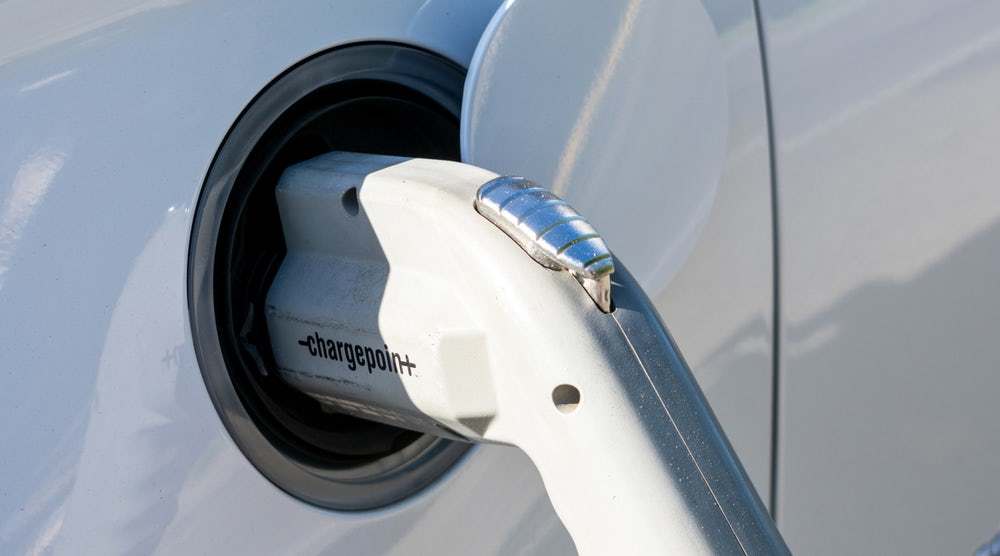 President Biden’s proposal to reward electric cars made at U.S. union shops has earned applause from organized labor, but the measure has drawn heckles from his closest trading partners.

Biden was expected to face awkward questions Thursday at a summit with his counterparts Mexico and Canada, who accuse the US president of protectionism, adding to the already bitter commentary from leading non-union carmakers including Toyota and Tesla.

The proposal, included in Biden’s $1.75 trillion spending package pending in Congress, gives a bigger tax credit for union-built electric vehicles (EV) and phases out for imported EVs after five years.

Biden touted his “Buy America” initiatives Wednesday amid a rousing celebration at the unveiling of a General Motors plant building EVs.

But the reception was perhaps different when he met Thursday with Mexican President Andres Manuel Lopez Obrador and Canadian Prime Minister Justin Trudeau — two leaders who had hoped for a reprieve after a testy trade relationship with Biden’s predecessor Donald Trump.

Canada has warned of “severe economic harm” from the measure, while Mexico has said it contradicts the goal of quickly expanding EV use.

The EV proposal builds upon an existing tax credit system that currently cuts as much as $7,500 of the vehicle’s cost.

The measure, authored by Democratic Representative Dan Kildee and Senator Debbie Stabenow, does away with a phase-out of the credit after 200,000 vehicles and rewards up to $4,500 more to cars made in union shops and another $500 bonus if the battery comes from the United States.

Biden did not go into the details of the tax credit at the Wednesday event where he praised GM’s giant Hummer EV pickup and exchanged kind words with leaders of the United Auto Workers (UAW).

“We’re going to make sure that the jobs of the future end up here in Michigan, not halfway around the world,” Biden said. “Here in Detroit, you’re going to set a new pace for electric vehicles.”

But Mexico and Canada have argued that the proposal threatens the integrated North American auto supply chain enabled by the United States–Mexico–Canada Agreement (USCMA) Trump signed in 2020 following tortuous negotiations.

Both countries sent letters to American congressional leaders earlier this fall objecting to the tax credits, saying they violate American commitments under the USMCA.

“If passed into law, these credits would have a major adverse impact on the future of EV and automotive production in Canada, resulting in the risk of severe economic harm and tens of thousands of job losses in one of Canada’s largest manufacturing sectors,” said Canadian Trade Minister Mary Ng.

“US companies and workers would not be isolated from these impacts.”

A letter from Mexico’s envoy to Washington Esteban Moctezuma Barragan and two dozen other ambassadors said the tax credit “conflicts with the goal of the quick deployment of new sustainable technologies” since it would apply to only two vehicles out of over 50 electric vehicles currently available.

Non-union automakers led by Toyota and Tesla have also balked at the Biden proposal, calling it a sop for the UAW that could hinder the transition to EV autos.

Tesla Chief Executive Elon Musk has called Biden a “UAW puppet” and Toyota has advertised against the measure, saying, “Let’s put what is best for the American worker, consumer and environment ahead of politics.”

Tesla received little attention at the GM event Wednesday, but Stabenow took a shot at Japanese firm Toyota and defended policies benefiting the “workers who built the middle class of our country, the UAW.”

“You may have heard, there are some foreign automakers led by Toyota who are fighting our efforts,” she said, noting the barriers in Japan to car imports.

“I call this just, leveling the playing field.”