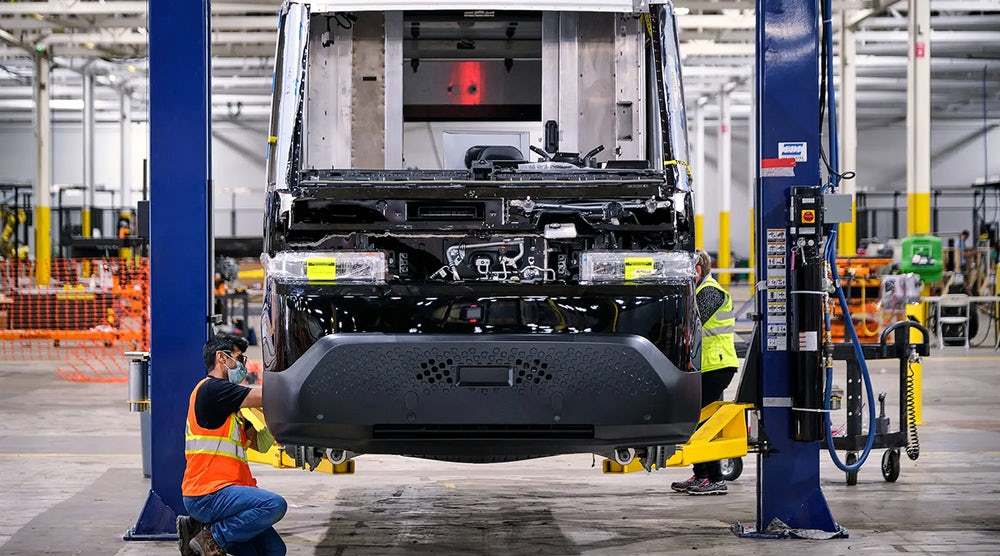 BrightDrop – the General Motors-start-up business that will produce electric delivery vehicles (eLCVs) – has drawn an order for 5,400 EV410s from Merchants Fleet, a fleet-management company that previously ordered 12,600 EV600s.

The EV410 will be the second model for BrightDrop. The first model, the EV600, will be introduced soon by Federal Express.

GM previously detailed that BrightDrop will offer “an ecosystem of electric first-to-last mile products, software, and services” for the commercial delivery and logistics market. Earlier this year it announced it was investing nearly $800 million to convert the CAMI plant in Ingersoll, Ont., from assembling Chevrolet Equinox SUVs to producing electric vehicles.

The EV600 also is produced in Livonia, Mich. According to the automaker, the EV600 is the “fastest-built vehicle, from concept to commercialization, in GM’s history.”

The EV600 will be powered by GM’s Ultium battery, giving it a full-charge range of 250 miles.

The mid-sized EV410 will be offered for faster, smaller payload deliveries – gross vehicle weight less than 10,000 lbs – or as a service vehicle. It too will have a full-charge range of 250 miles, with 400 cubic feet of cargo area, a wheelbase of just over 150 inches and length of under 20 feet.

Verizon is the first customer for the EV410.

“Merchants Fleet’s plan to purchase such a large order of our electric commercial vehicles shows they are serious about leading the fleet industry’s transformation to an all-electric future, and confident in BrightDrop’s ability to bring that vision to life,” stated Travis Katz, BrightDrop president and CEO. “The collaboration with Merchants Fleet opens the door for other companies that want to electrify their fleets by providing access to our portfolio of electric vehicles, which is a critical step toward decreasing vehicle-related emissions in the communities where we live.”