Skip to content
What’s ahead for the auto industry in 2022?

After a year plagued by chip shortages, plant shutdowns and skyrocketing car prices, what will this year hold? 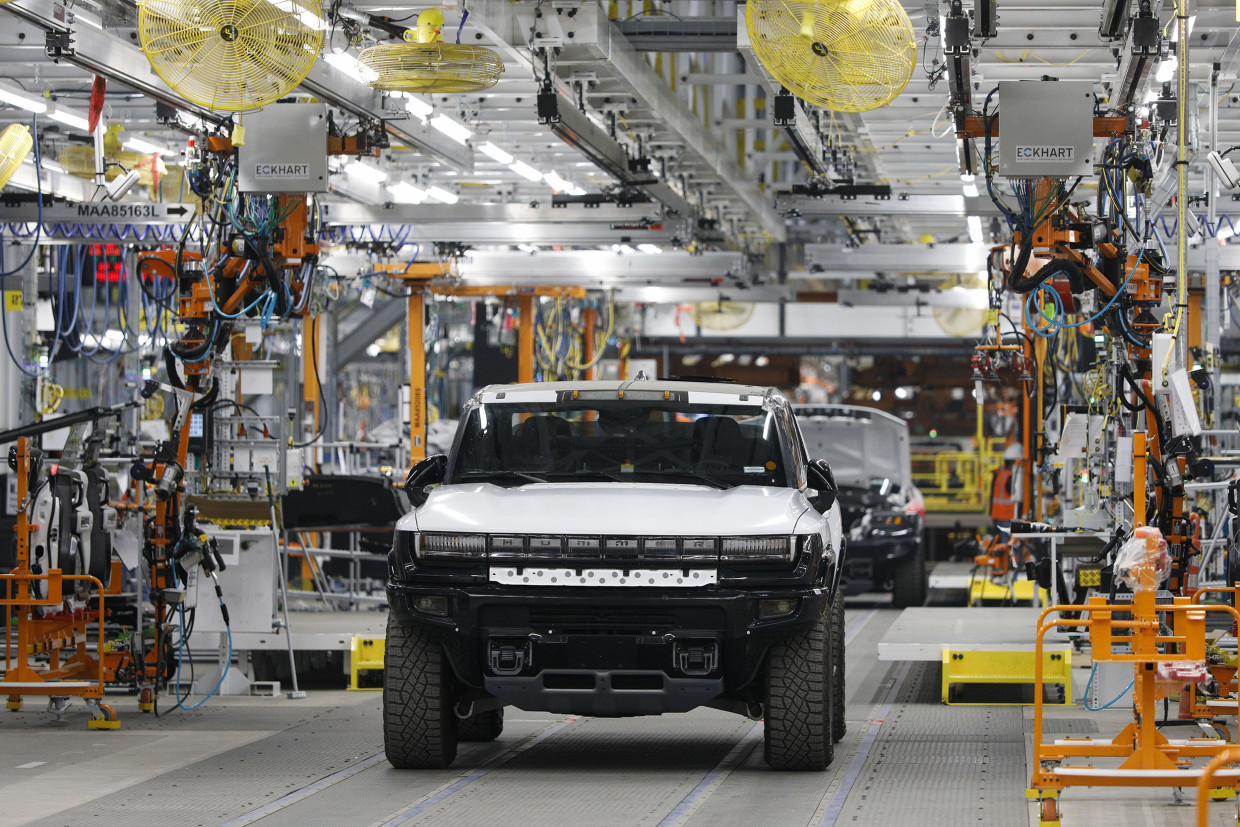 By Paul A. Eisenstein

From shortages of crucial semiconductor chips to shutdowns at major assembly plants, as well as skyrocketing car prices and empty dealerships, 2021 was a year to remember for auto manufacturers and consumers alike. But there were also a surge in sales of electric vehicles and an increasing shift from sedans to SUVs and pickup trucks.

So what’s ahead for 2022? By some accounts, it may be more of the same, as shortages continue to leave dealers struggling for inventory and consumers facing ever higher prices. But shoppers will also find a lot more options if they’re looking for electric vehicles.

Here are the storylines we expect will dominate this year:

As Covid-19 struck, automakers slashed production and parts orders. But when sales started to rebound, they discovered they couldn’t get all the semiconductors they needed, leading to major production cuts. The industry lost around $210 billion in revenue in 2021, according to AlixPartners, a business management consultancy. While chip supplies are loosening up, they’re far from back to normal, and production cut be hurt well into 2022. Worse, the industry faces other shortages affecting products like tires and interior plastics and seat foams.

All told, automakers worldwide produced about 8 million fewer vehicles than planned last year because of product shortages. Even if production rebounds, dealers won’t be able to build back inventories until well into 2022, J.D. Power analyst Tyson Jominy said. As a result, buyers should expect limited choices — while prices will continue to rise at a record rate. At the end of 2021, a typical new vehicle cost $45,000, up about $8,000 from December 2020, according to industry data.

When the U.S. went into lockdown, the industry hit upon a novel idea. Because customers couldn’t go to dealers, dealers went to them — over the internet. Even after the country opened back up, more and more customers are shopping for their cars online, and many retailers schedule test drives and deliver new vehicles to buyers’ homes or offices. Meanwhile, with showroom lots nearly bare, normally impulse-driven motorists have begun ordering their cars and waiting — sometimes for months — to take delivery.

They account for a modest fraction of U.S. new vehicle sales, but demand for battery-electric vehicles doubled during just the first half of 2021. This year could bring the “tipping point,” GM CEO Mary Barra said, with the EV market exploding. Several factors will play a role, starting with a plethora of new offerings: Analysts anticipate the number of long-range models will quadruple this year.

The impact of Build Back Better

President Joe Biden has put a lot of emphasis on the auto industry. In December, the White House announced its most aggressive fuel economy standards, and Biden has said he wants to see EVs account for up to 50 percent of U.S. sales by 2030. His infrastructure bill delivers funds for a nationwide charging network. But other funds, including money to boost EV sales incentives, are currently stalled in Congress.

Startups will continue to shake things up

The automotive industry was a largely closed club since World War II, but Tesla showed it’s possible to crack the code. Now, other start-ups want to share in its success. Wall Street has rewarded several of the most promising players. Rivian now has a market cap of over $90 billion, more than either Ford or General Motors. But others, like Byton, Lordstown Motors and Faraday Future are struggling and could fall aside in 2022.

At first glance, 2022 should be a good year for Tesla after setting sales and earnings records in 2021. The California-based electric vehicle manufacturer has two new plants, one in Austin, Texas; and the other in Berlin. But several key products, including the Cybertruck, are well behind schedule, as are the next-gen batteries Tesla is counting on. Tesla is under pressure from the Chinese government and facing more safety probes by U.S. regulators.

Automakers once promised to have a fully self-driving vehicle ready by 2020. However, 2022 could see some breakthroughs. GM and Mercedes-Benz are set to roll out the first true hands-free — Level 3 in industry-speak — driving technology for consumers. Others, like Waymo and Cruise, are focusing on ride-sharing services and cargo haulers. But safety probes involving Tesla’s Autopilot serve as a cautionary note about just how difficult a challenge it is to develop a fully autonomous vehicle.

China is the world’s largest auto market, but domestic manufacturers like Geely and Great Wall want to reach beyond its borders. Efforts to enter the U.S., the No. 2 global market, have repeatedly been delayed, however. Trade frictions during the Trump administration have yet to be resolved under President Joe Biden. So while a handful of Chinese-made products are available in U.S. showrooms, including the Buick Envision and the Polestar 2, a real automotive invasion could be years off.