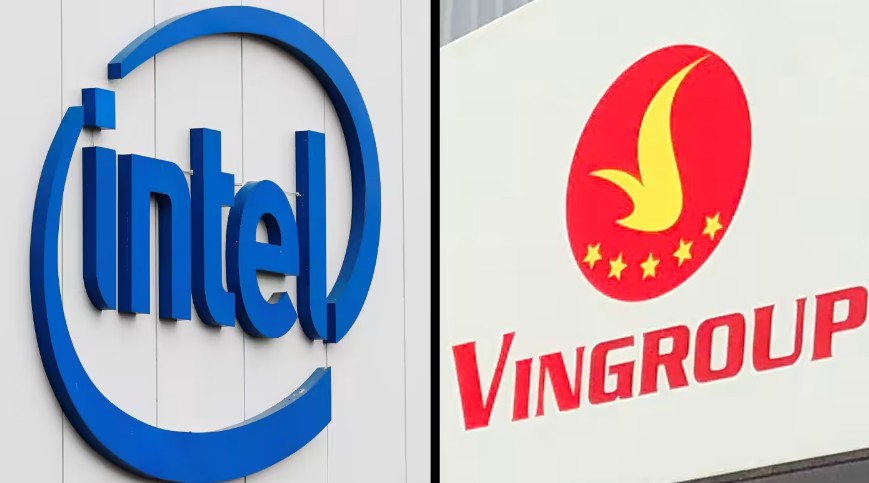 HO CHI MINH CITY — Intel CEO Pat Gelsinger has signed a deal with Vingroup to jointly develop technology, including for autonomous driving, as the chip giant seeks to speed into the auto sector and expand operations in Vietnam, its biggest test and assembly site.

The announcement on Tuesday caps off Gelsinger’s visit to Hanoi where he also met with the prime minister. Vingroup said its partnership with Intel will include developing driver assistance systems, in-car infotainment, and internet-of-things devices for factories making electric vehicles and batteries. Intel launched a unit to produce chips for automotive clients in February as it attempts to catch up with chipmaking rivals TSMC and Samsung.

The partnership brings together two neophytes to the car industry: Vingroup is Vietnam’s biggest conglomerate, booking most of its profits in real estate, while Intel dominated chipmaking before rivals surpassed it in revenue and advanced tech. Both companies see vehicles, especially EVs, as vital to their next stage of business and both have announced major factory construction projects in the U.S. as President Joe Biden beckons manufacturers.

Before jetting off to Seoul to meet Samsung Electronics executives, Gelsinger met Prime Minister Pham Minh Chinh in the Vietnamese capital last Friday. Standing before a picture of a blue-and-emerald bay, Chinh asked the executive to build a research center in Vietnam, according to a post on the government website. Gelsinger promised to expand Intel’s business in the communist country, the post said. The company has faced administrative delays regarding its expansion plans, according to two sources familiar with the matter.

Vingroup subsidiary VinFast is the latest auto brand to jump on the Intel bandwagon. The U.S. company has worked with carmakers from Ford to China’s Nio and Geely, either directly or through Mobileye, the Israeli self-driving sensor startup Intel acquired.

Gelsinger’s Asia tour comes as the U.S. tries to strengthen the chip industry’s supply-chain cooperation in the region, hedging the geopolitical risk posed by China. U.S. officials have speculated that Vietnam could play a bigger role in the chain, with locals already working for U.S. chipmakers Qualcomm, Marvell and Intel. And Gelsinger’s stopover in South Korea might forge more links to the semiconductor ecosystem Samsung Electronics has built up in the country, analysts say. 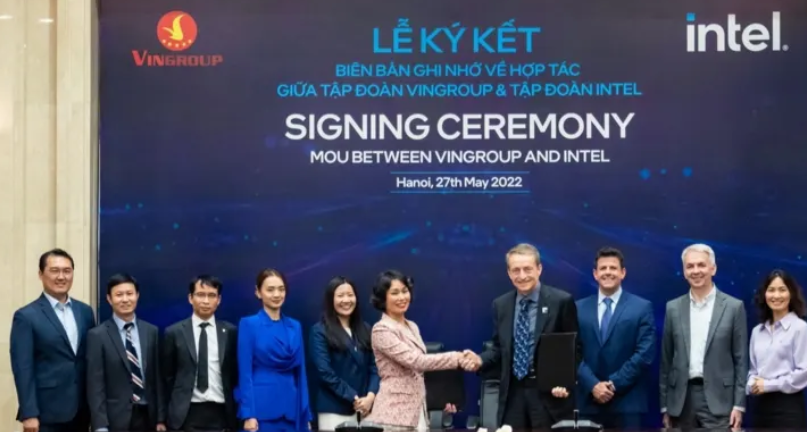 The company, now adding one more auto brand to its partnerships, seems to be “trying to get into a space, electric vehicles, which they would otherwise not be able to, for one reason or another,” said Benjamin Yap, senior partner at RHTLaw Vietnam.

Yap, an attorney who advises investors, added VinFast has “no experience in either space, mechanical or electric [cars], but tying up with Intel might help with giving them a leg up, at least with the technology side of things.”

Vingroup announced its foray into combustion-engine vehicles in 2017, only to shelve the loss-making venture this year to double down on its still-unproven EV business.

“Intel has the depth and breadth of software, silicon and platforms, and process, with at-scale manufacturing, [that] our partners need for their next-generation innovations,” Gelsinger said in a statement. “This collaboration with Vingroup can help deliver needed technology innovations for safer roads, more sustainable manufacturing and smarter cities.”