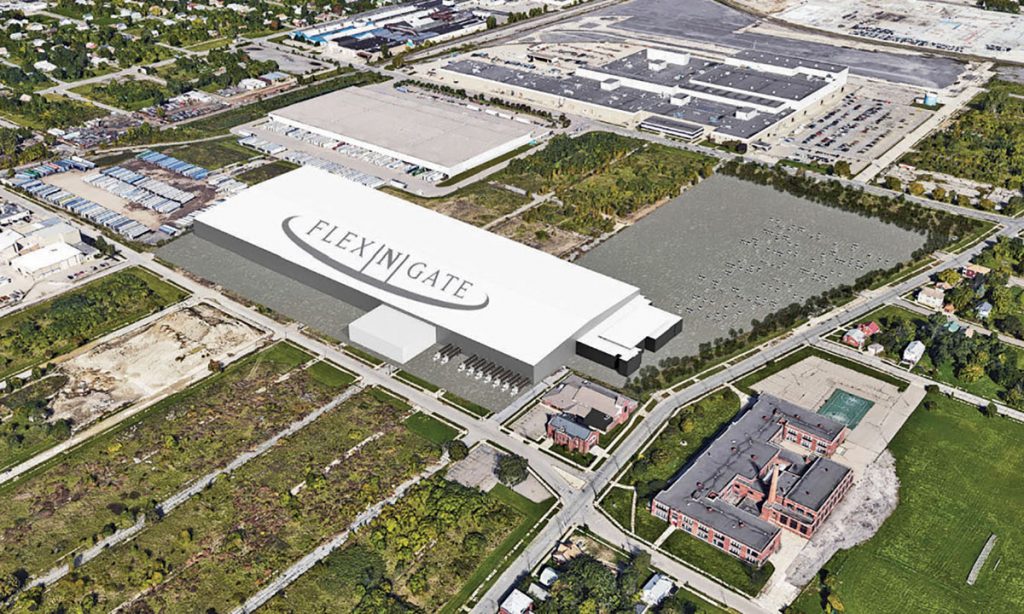 DETROIT, Mich. – An expansive and strategically located parcel of vacant land on Detroit’s eastside – primed and promoted as among the centerpieces of the state’s automotive industry resurgence – will gain a major new tenant in the ongoing campaign to attract manufacturing jobs to the city, Gov. Rick Snyder and Mayor Mike Duggan announced today.

Flex-N-Gate owner Shahid Khan said his company will invest $95 million in construction and capital costs for a facility that will supply parts to Ford Motor Company. Potential additional investment in the project could push the project to at least $100 million. Khan said the project will create at least 400 and up to 650 new jobs in Detroit over the next three years; at full capacity, up to 750 total jobs could be added.

“We’re proud that Flex-N-Gate is investing in Detroit, and in the people of Detroit,” Snyder said. “Detroit’s resurgence is an important part of the Michigan comeback. Companies around the world recognize that our state is the global leader in automotive, and with good reason. We have a talented workforce that is passionate about keeping our state at the center of the industry for generations to come.”

“Nothing is more important to our city than creating jobs for Detroiters,” said Mayor Duggan.“The fact that Flex-N-Gate has committed to such a strong local hiring and contracting plan shows the company’s deep level of commitment to being a partner with the community.”

“We couldn’t do this alone,” said Khan.“Their collective support and vision to convert a neglected urban area into a manufacturing center that will create hundreds of new, sustainable and well-paying jobs here in Detroit has been nothing short of spectacular. We are grateful and looking forward to seeing this project become a reality.”

The new Flex-N-Gate Detroit plant is a highly automated plant that supplies parts for the Ford Ranger pickup truck. Despite its high levels of automation, the factory meets—and exceeds—its commitment to bring more than 400 manufacturing jobs to the city of Detroit. To learn more about the Flex-N-Gate plant, see the article: “New Manufacturing Plant Opens in Detroit.”