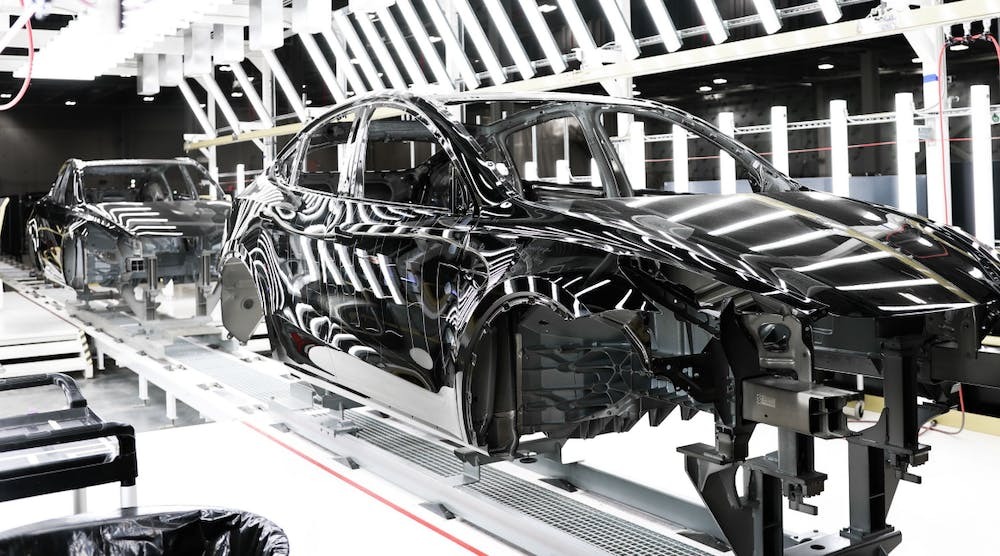 Austin-based Tesla produced net income of $3.3 billion in the three months ended Sept. 30, double its profits in the prior-year quarter. Sales climbed to $17.8 billion from $11.4 billion in Q3 2021 and $13.7 billion in the second quarter of this year while operating profits rose 84% year over year.

However, shares of Tesla (Ticker: TSLA) fell more than 6% to about $208 after hours Oct. 19. Even a tease from Musk on the company’s conference call about a large stock buyback next year didn’t excite investors, who were more focused on the company’s margins and the prospect of slow growth in China and Europe as well as the expectation that Musk will sell another large block of his Tesla shares to fund his proposed purchase of Twitter Inc.

Tesla’s operating margin finished Q3 at 17.2%, up from 14.6% in the spring. CFO Zachary Kirkhorn said spending on ramping up Tesla’s plants in Austin and Berlin as well as high costs—of raw materials and logistics but now also including the effects of the strong dollar—kept a lid on further gains in that metric.

Musk said he and the Tesla team “expect to sell every car that we make as far as into the future as we can see” but he and Kirkhorn added that the company is adjusting its operating pattern to avoid bottlenecks it has faced as it has ramped up production over the course of each quarter. (Kirkhorn pointed out that two-thirds of the company’s Q3 deliveries happened in September, with one-third of its total came in the final two weeks of the quarter.) As Tesla has grown—it produced nearly 366,000 vehicles in Q3 but its recently-reported delivery numbers fell short of estimates—those patterns have run into transportation limitations leading to delivery delays.

One red flag about Tesla’s quarter pointed out by prominent analyst Gene Munster of Loup Ventures is that average selling price in Q3 was down 4% from the previous three months because the company’s Chinese production rebounded from lockdowns in the second quarter.

“There is going to be a rethinking about […] ASPs,” Munster said during an appearance on CNBC. “You really have to think twice about that because of what’s going on with the overall world and inflation.”

Also on the conference call, Musk said the company is working on its next-generation smaller car that “will be about half the cost of the 3/Y platform [and] exceed the production of all our other vehicles combined.” In addition, executives said they expect the company to begin producing their Cybertruck in the middle of next year and are aiming ramp North American production of its Class 8 trucks to a pace of 50,000 in 2024. The first of those units, which were initially promised to hit the market in 2019, will be delivered to Pepsi in December.

Tesla shares have now lost about 30% of their value over the past six months. That move has trimmed the company’s market capitalization to about $700 billion—which is still five times the combined valuation of General Motors Corp., Ford Motor Co. and Stellantis NV.